I recently came across this blog post by Mark Wiens, who showed people how to live in Bangkok on $285 per month. I’m not hating on the guy (that’s exactly what I’m doing) but anybody who leaves their home country to live in Bangkok for under $300 can go fuck themselves (sorry Mark, nice site though).

I mean why would you do that? At home I have my own bedroom with an en-suite, a fully stocked fridge, fiber optic Internet and a Mercedes (balling) in the driveway that I can drive around and pick up Tinder dates in. Why would anybody leave a western country to live in Bangkok for under $300 per month? I get that Mark is just trying to make a point on how cheap you can live in Bangkok, but why would you want too?. The whole point I moved to Bangkok was to improve my standard of living, and I don’t think Mark addressed that in his blog post.

I know I am taking Mark’s blog post out of context, as I’m sure he wrote it to show how little you COULD live in Bangkok if you really wanted too. I’m also being a real douche in the first two paragraphs, so sorry Mark, I just write like this because I have ego issues.

But moving on, this article will show you what type of lifestyle you can have in Bangkok for under $770. I ran this experiment over the last 4 weeks and here are my results. This was done as an experiment and after completing the challenge, I would not want to live in Thailand again for 25,000 baht/$770.

I live approximately 4 minutes from BTS Thong Lo, which you could say is the expat hotspot of Bangkok. I live in a studio apartment that has two built-in stove plates and a gym. After bills I pay $380

You can find similar rooms a few stations out in On-Nut for around $120 such as PP mansion, but I enjoy living in Thong Lo because I can walk to my gym and decent restaurants without getting a cab or BTS. If you’re looking to shave money off the $770, your best bet would be to stay in a cheaper apartment. 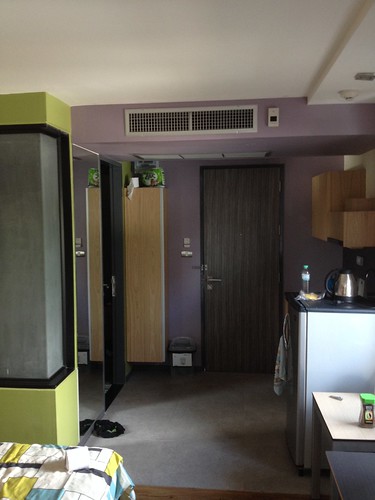 As you can see from the picture, my room is fairly nice, modern, clean, has air-con and looks like a room you would want to live in. As opposed to Mark’s apartment.

Sure street food is cheap, but it’s very unhealthy and it’s actually cheaper and healthier to cook yourself, and that’s exactly what I do. On food I spend around $277 each month, and I eat 80% of meals in my room, cooked myself. Around three times a week I will go out and eat some street food and another two days I will meet my friends and eat at middle/high-end restaurant. 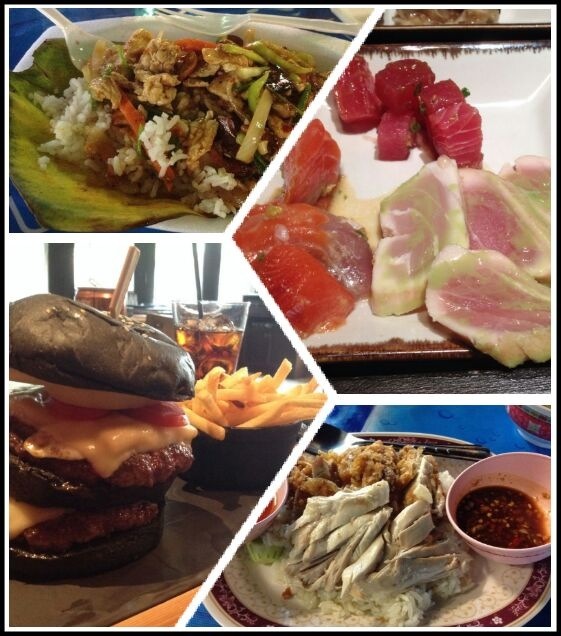 By eating at home, I avoid tons of sugar and MSG that they put in street food. For sure it tastes nice, but if leaves you feel sleepy and horrible if that’s all you eat. For months when I first got here I stuck to street food, I got fat, always had headaches and had crashes that led me to sleep a lot during the day. Now, I buy most of my own food, use the best oils, fresh produce and I feel awesome.

Since I live in the center of Bangkok (debatable) I don’t really need to use public transport all that much. I can get to most places I would want to visit within 20 minutes or I’ll hop on a bus for 10 baht over the BTS. When I’m a really lazy kunt, I’ll jump in a cab or BTS though. But yeah, I don’t spend much living central to everything I want.

Curls get the girls.Even though it’s off season for me right now, I still look to smack the weights and hit a few balls 4-5 x per week. I am a member of a gym that has everything you can imagine, it sets me back 1,750 baht per month.I play tennis, badminton and squash around 5 times per week and for me it’s a necessary part of me having the desired lifestyle I want. 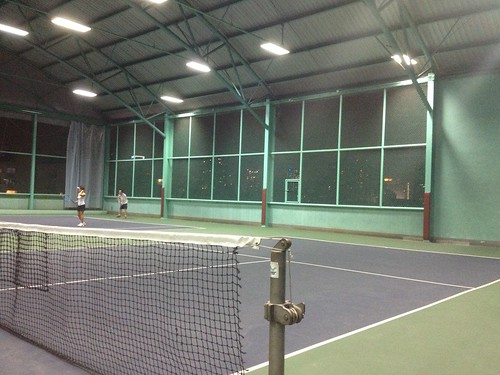 Stuff like mobile phone credit, toiletries and misc items don’t tend to cost me much more than $20 a month.

I aim to get around one massage a week, no funny stuff. This usually costs $5 for a Thai massage or foot massage, they last 1 hour.

Well ain’t nobody living in Thong Lo for $770 a month and going to nightclubs and drinking a lot of booze, ain’t nobody. In this experiment I didn’t drink, why? Because you can’t have your cake and eat it. If you want to live on a budget you need to cut some stuff out, drinking being one of them.

You can be a tight ass and drink before you go out not buy anything in the club, but I usually go out with around 5-6 people and we always buy a few bottles. For me, there’s not much fun drinking alone in the room and then going to a club and not getting involved with the lads.

If you wanted to you could visit places like Funky Villa or Nung Len which offer free entry most nights and not drink, but what’s the fucking point in that? Anyway, that’s an option for people who don’t drink but still enjoy going out, you can spend almost nothing and have a good time, for me personally, it’s all about the banter and drinking with friends.

I hate paying money for my own shit, how the hell can I fund a girlfriend? Another thing you should note trying to live on $760 a month, you don’t have much money to meet Thai girls or get ‘massages’.

Let’s say you want a girlfriend or you go on one date a week, that’s about $30 a pop, $120 a month and not viable for anyone wanting to live in Bangkok for under $800 and still do everything they want.

There’s two points I’m trying to make with this blog post, the first is:

1) You can have a great time in Bangkok and live the desired lifestyle you want for relatively cheap and be happy,

2) Bangkok is not as cheap as it used to be and don’t think you can party every night and eat at restaurants without spending at least $1,100+ a month.

These costs exclude visa costs so the overall average would actually be a lot higher.

How much does AfarangAbroad spend per month ?

Around 28,000-33,000 (around $1,000 excluding visa costs). I’ve lived in Bangkok well over a year and I know where to go on which days to get the best value (restaurants, clubs bars). I do almost anything I want and get my money to last. I tend to go out once a month or so because I’m getting too old and hate the hangovers. I eat healthy food and I visit the gym often playing racket sports with my friends. In my spare my I meet my friends, get a few Thai massages and just ponder on the Internet.

Newcomers visiting Bangkok shouldn’t expect to live here for as little as me in their first few months because it takes time to understand how everything works and where to go to get the best value. If you’re the type of person who lacks discipline or when drunk, ends up spending a few hundred bucks on a night out, Bangkok is not the place for you to live ‘cheap’.

You sure can, like I said you can shave off another $100-$120 off my accommodation to get around $670 a month, but then you’re living further away from the city. A room costing 5,000 baht a month is not going to have a stove so you will be paying more in food and travel. So bumps it back up to around $710 a month, which is an okay amount of money to live on per month in Bangkok and have a good lifestyle that you could not get in the west for the same price.

As I said, I don’t want to hate on Mark but sleeping on the floor with 2 other digital douche-bags in the middle of nowhere is not how I’d want to live in Bangkok as an expat. We all have different needs and many people will look at this and say they could never live like me because they’d need a bigger room or this and that, which is fair enough.

To finish it off, I would say you need around 23,000 baht a month minimum to leave a good but simple life without booze and girl, but who the fuck wants to do that right?